Top 3 Cannabis Misconceptions and What We Really Know

Before diving into the giant can of worms that is cannabis misconceptions, let’s review for a second, shall we? Medical marijuana legislation is underway in the majority of states, including Florida. Recreational usage states will multiply in 2020, as will cannabis revenue. Those struggling with medical issues and treatments now have natural, potentially life-changing options. What a time to be alive!

But, as is expected with any drastic, practically 180-degree change, things — like science, research, and available information (that’s legitimate) — are getting confused and misinterpreted. So, let’s dig into the science of it all and see what we really know.

First things first, no, you’re not going to toke yourself to death. Sure, it’s possible to consume more than you planned and in turn feel higher than intended, but that won’t land you in the hospital. According to the Center for Disease Control and Prevention, this could mean feeling anxiety, paranoia, extreme confusion, or an increased heart rate, but those feelings pass as you come down from your high.

One cool trick if you’re feeling too high? Chew on some black peppercorn. It shares a terpene with cannabis called alpha-pinene that can calm the effects of THC on your brain.

Now, while consuming too much cannabis at one time most likely won’t land you in a hospital bed, one thing that may is product contamination. Unfortunately, there are a lot of cannabis products out there with contaminants, residual solvents, incorrect labels, etc. that can have adverse effects on the user and potentially send them to the hospital. The good news for you is all of VidaCann’s products are cultivated and manufactured in our own facilities using sustainable, organic processes, so you never have to worry about product contamination with us.

This one’s a doozy. Let’s start by saying that the DSM-5 (the official manual of psychiatric diagnostics) does not refer to “cannabis addiction” but to “cannabis use disorder.” Their definition of cannabis use disorder is meeting at least two of the below criteria within a 12-month period, but physicians aren’t usually that quick to jump on a diagnosis. Reason being, a lot of us can fall under some of these criteria (lookin’ at you, number 10) without experiencing any negative side effects from cannabis in our lives, and in fact experiencing many positive side effects. For that reason, and because scientific research is still limited due to the Schedule I classification of cannabis, there can be some difficulty diagnosing cannabis use disorder based on the DSM-5’s definition.

The bottom line — everyone’s relationship with cannabis is different. Yes, it’s possible to develop cannabis use disorder. But, there’s greater potential for cannabis to have a positive impact on your life and your healing. Next time you stop by a VidaCann dispensary, ask your budtender about any concerns you may have. We stay on top of the latest findings and are always here to help you learn and understand the side effects of consuming cannabis.

3. Cannabis as A Gateway Drug

Sigh. This argument is still brought up from time to time, despite countless studies over the years proving that cannabis is in fact not a gateway drug. (Raise your hand if you’re a cannabis user and have never tried cocaine or heroin, am I right?) When looking at the argument of cannabis as a supposed gateway drug, there are two important notes to consider:

1. Correlation does not mean causation.

It’s not necessarily shocking that those who have consumed more illicit drugs may have also consumed cannabis. It’s also not shocking that they may have also consumed alcohol or nicotine. In fact, those who are underage generally start with alcohol or nicotine before trying cannabis. But, we don’t consider alcohol or nicotine gateway drugs, right? Right. Because correlation and causation are not the same things. There are many other factors at play here. This leads us to the next point — when talking about the path from early drug use to heavy drug use, you must recognize other factors besides the user’s initial drug of choice.

2. When it comes to hard drug users, there are other factors to consider before asking if the person used cannabis first.

They may have started with nicotine, alcohol, or cannabis, but you have to look at why they started at all, not what they started with. Look at their DNA, their environment, their psychology. Perhaps they were suffering from anxiety, pain, depression, even boredom. Or maybe it had to do with their social circles. These are all influential factors for heavy drug use, and why the gateway drug argument is flawed. By looking at only the drugs used and not the reason why they were used, you’re basically evaluating the issue with one eye closed.

To that point, research has shown that cannabis use alone will not lead you down a path of hard drugs. You must consider all other sides of the situation and the person.

What You Need to Know

The gist is this — like anything you try, there’s some associated risk. Cannabis use disorder is a (slight) possibility. Getting too high is a possibility. But, for the most part, neither will put you in the hospital, and neither will lead you to try harder drugs. Instead, you’re more than likely going to ease your body and your mind into a more relaxed healing process. Because, after all, cannabis is a medicine that’s here to help more than harm.

Curious about how cannabis can help you? Don’t stress. Every staff member at each of VidaCann’s locations throughout Florida is trained on cannabis medicine, usage, history, and its relationship with the body to help you make the right decision for your health. Stop by anytime! 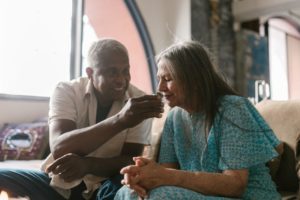